11 People Reveal How They Caught Their Partner Ch-eating

One of the biggest fears of anyone in a long-term, committed relationship is finding out that their partner has been unfaithful. It's a dilemma as old as time, but today's technology makes it possible to cheat in a whole new variety of ways.

Steve Harris, Ph.D., director of the University of Minnesota's Couple and Family Therapy Program, explained in an interview with the Institute for Family Studies that modern digital media lifts many previous barriers to infidelity. But that same technology also leaves a digital footprint making it easier for the offender to be caught red-handed.

Here are a few stories shared by Reddit users explaining how they caught their own significant other cheating. Of course, these are just for fun as we can't independently authenticate them.

1. She showed me a picture of my own boyfriend

"I met a girl at the start of the school year who was telling me about her boyfriend in another city that she'd been dating over the summer. She mentioned his name, which was the same name as a guy that I'd dated at the exact same time. Curious, because two girls dating a guy the same name and another city seemed weird to me, I asked if he was cute so she'd show me a pic. "Turned out it was the same guy. He was also involved with four other girls, one who lived in Canada. To this day, I'm not sure whether or not I'm surprised or impressed."

2. They left unsent messages in the drafts folder

"It was the initial change in behavior and then quickly closing browser windows as I got closer to the screen. Gathered some info by reading the browser history. Once I found some red flags like an e-mail address I didn't recognize I got more suspicious. I installed a keylogger on my computer and got the info on her new email account. "She thought she was being sneaky by never send, they just shared a drafts folder and left each other messages there. I printed them all out and when I was finally ready for the confrontation I asked her point blank about the emails I found.

She told me it was her old college account she forgot about. I excused myself from the room came back with a folder, printed out all the emails and said 'Oh really?' and threw them on the dining room table. She offered me an open marriage and we could stay together, I declined."

3. I accid- entally picked up his phone

"He worked nights and had recently had his car repossessed, so I was giving him rides to work. I showed up at his house about an hour or so before his shift started and began the process of waking him up so he could get ready to go. I sat down and picked up my phone. The text messages were already open but none of the conversations looked familiar. It dawned on me that I had picked up his phone by mistake (we had the same exact type of phone)."I found a goldmine of evidence in his texts. He had been wooing some girl and trying to talk her into moving in with him and offering to pay her truck payment (no idea how, since he couldn't even make his own car payment).

I was livid of course. I popped my card in his phone and copied the whole conversation, then transferred it to my phone for safekeeping in case he tried to delete it and deny it. I then texted the girl and asked her if she knew he had a girlfriend. Of course she didn't. He had been playing both of us."

4. I caught him in bed with my childhood best friend

"We were having a house party and I slept in another room with a friend who drank too much and needed someone to stay with her through the night. I woke up in the morning and headed down to the other room to find the door locked. I banged on the door until my boyfriend answered it half stripped with my childhood best friend still in bed with him. He tried to plead his case by making it my fault for leaving him alone with another woman when they were both so tipsy."

5. I read his Face-book messages

"My friends were trying to warn me, but since it was only rumors I pretended everything was fine. I trusted him so much that I had his Face-book profile password but never disrespected his privacy. When the rumors started to bug me I logged into his Face-book profile and read the messages. Not only did I learn he was cheating on me, but found out he got another girl pregnant."

6. I tracked her on the 'Find My Friends' app

"We were going through a rough patch that had lasted a couple of weeks. I was a bit suspicious and looked on the 'Find My Friends' app. She was located somewhere where I'd never heard her talk about. I left work early and drove there and waited. Two hours later, she and her boss walk out kissing and cuddling on the street. One phone call later to his wife, my ex gets sacked, the boss is divorced, and the company breaks up (it was husband/wife own and operated)."

7. I found sitter and chat logs on his old phone

"I caught my husband cheating about a year ago, he had been texting with some girl and they were sending sitter to each other. I found out about the whole thing accid- entally. Someone was interested in buying his old smartphone online, so when I turned on the phone to make sure there was no personal info in it, I found the pictures and chat logs."

"I stumbled on his Reddit account and he was still logged in, so I went snooping a little. A month ago, he posted a response on the topic of 'What is something you need to get off your chest?', to which he replied 'I've recently been cheating like a , but it makes me happy.' After some more looking, he posted a question nine months ago asking what he should do about another woman from his past that he recently hung out with, has always had feelings for, but never got physical with, only cuddling. Needless to say, I dug and found some awful dirt. I confronted him about it when he came home and he admitted to everything."

"I was reading a bedtime story to my 5-year-old daughter, when she interrupts me in the middle of the story.

She asks why mom was with another man and why were they on top of each other. I just paused and my heart just broke. The look in my daughter's eyes assured me that she wasn't lying."

10. I came home early from work

"I decided to come home early from work. I called my girl multiple times and no answer. A few texts and again no answer. I got kind of worried something happened to her, so I sped home. I called right before arriving and again no answer. I walked in the front door and I heard my nightmares coming from the master bedroom. I peeked through a crack in the door and it was confirmed she was cheating. I slowly crept away, I took my ring off and left it on the dinner table with a note I wrote that said 'I hope you had fun. Here is your promise ring.'"

"My husband and I are high school sweethearts. He joined the military right after we graduated.

We were married at 20 and went through our first deployment shortly after. This year we found out he was to go on his second deployment and I was fully supportive — even helped lead a family readiness group program as support. This last year I noticed him being distant. I blamed it on the deployment. I'm sure I knew deep inside he was cheating, but I overlooked everything. I believed every lie he told me when he was out late, or never came home. "Two weeks ago I found out I had an STD. I finally have gotten him to admit he had multiple tinder accounts, and social dating sites. He has now admitted to have slept with three people, but has done stuff with many more."

Bony - I really like the story about the brother of the gf telling the bf about how his sister is cheating on him. You don't see too many family members (even friends) do that unfortunately.

Kate - It’s amazing how many ppl will lie straight to your face and think they’re the suffer for being caught.

Zara - I want to know what happened w/ the girlfriend who didn't bother to tell her bf they broke up, like damn

This Article Was First Published on insider.com 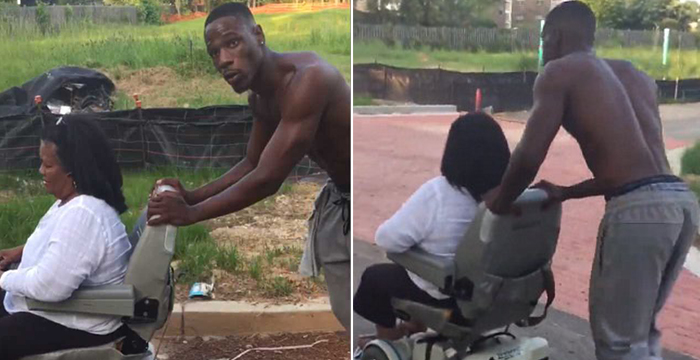 Faith In Humanity Restored! Man, 24, Pushes Disabled Stranger Uphill For Half An Hour To Get Her Home After The Battery In Her Wheelchair Died In The Middle Of The Road

Bilal Quintyne, a 24-year-old man from Georgia is being cheered as a hero for helping a stranded confined woman whose wheelchair ran out of batteries... 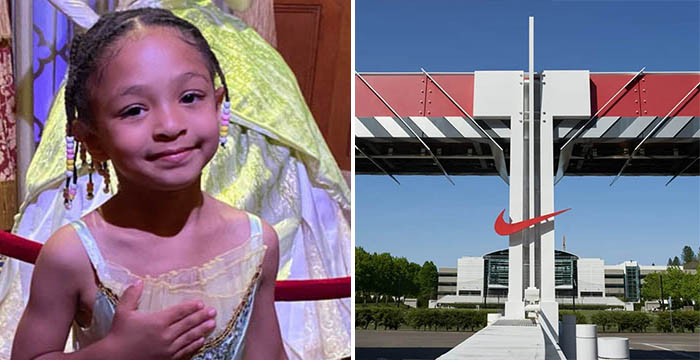 What a sweetheart! Olympia Williams, Serena Williams' daughter, donned her mother's distinctive haircut on a trip to what seemed to be Disneyland. Th... 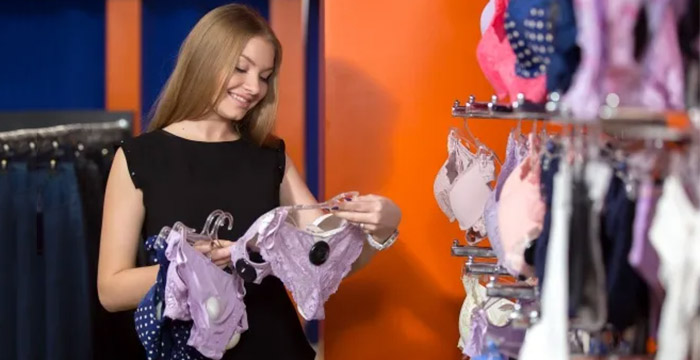 For most of the people out there, wearing un-der wear is quite a norm and we cannot think of going out without them. Some may even think that it will...